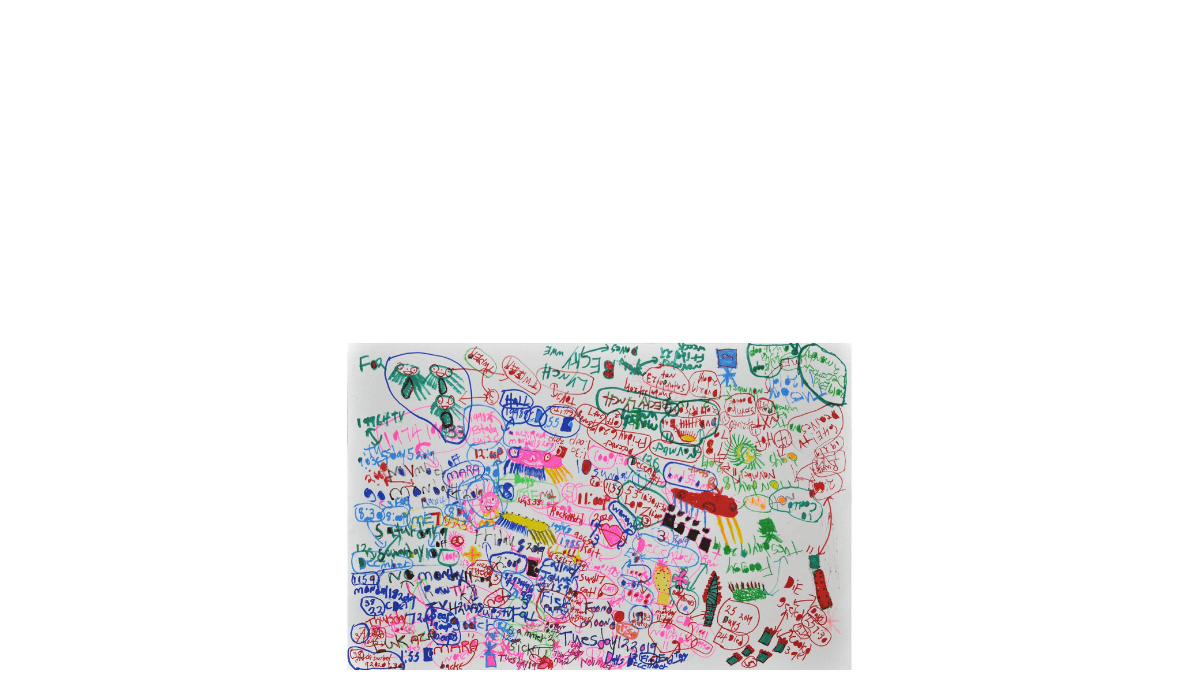 The invitation to curate this exhibition initially felt like an insurmountable task. The amount of work I felt thrilled by on a first look at the archive seemed impossible to winnow down. I immediately knew I didn’t want to use some contrived academic framework for decision making.

I wanted to create an exhibition of works that I just couldn’t shake, a group of things that struck that deep internal chord which has no words or explanation. I decided that I would make an initial large list of things I was drawn to, and then revisit those lists repeatedly over several weeks, seeing what remained stuck in my craw over time. For me, these selections bring about the same feelings I had when I was a kid, which let me know being an artist was my only thing.

These are feelings that you don’t need to define, they are innate, they give you your truest sense of agency, and they absolutely can’t be shook, like these artworks, from my gut.

Alex Gartelmann is an artist based in Milwaukee, WI. He is one half of the collaborative Sebura&Gartelmann with artist Jonas Sebura. He and Sebura have upcoming residency projects with Columbus State University in Columbus GA, Compound Yellow in Oak Park, IL, and work in an upcoming exhibition at the Portrait Society Gallery in Milwaukee, WI. He currently works for the John Michael Kohler Art Center as the Mary Nohl Art Environment Program Director and Site Steward. Gartelmann grew up in northern New Jersey and has lived and worked in Philadelphia, Chicago, and Sheboygan WI. His work can be found at alexgartelmann.com.

Artists in the Exhibition