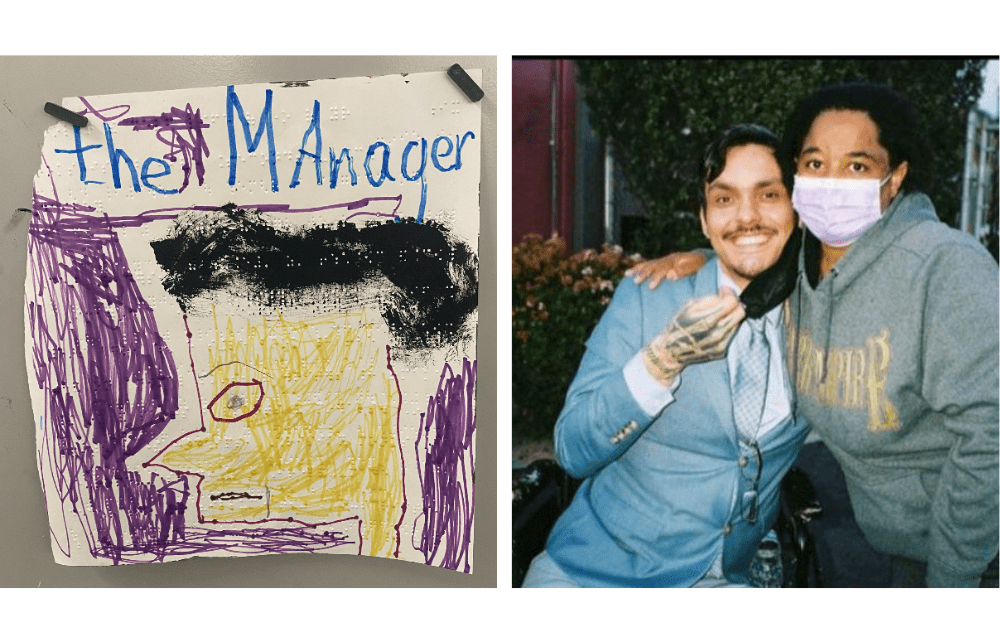 Every time Miguel Chacon comes through NIAD’s studio doors, he assumes his role as “The Manager,” a nickname he earned from his fellow artists for his leadership qualities,  but also for his unwavering support and mentorship of NIAD artists, veterans and newcomers alike.

Miguel is a sought-after sound engineer,  but his keen eye for cultural commentary in his visual art practice is clear in the artworks surveyed in his recent solo exhibition Observer. He has said that he spent years just watching other studio artists before hitting his groove as a painter, and by now that groove is as deep as on the tracks he produces.

Miguel’s talent for collaborative projects shines through in his role as lead artist for one of the two murals on view last summer in SFMOMA’s MiNi Mural festival, and in his strong voice in helping shape NIAD’s participation in Art As A Human Right, coming up at OMCA next spring.

In the near-decade Miguel has been a studio artist at NIAD, he has defined what it means to be an advocate and a creative collaborator. This month, please join us in wishing Miguel well as he moves to Peru. We can’t wait to hear what’s next for him—we know it will change the world for the better.