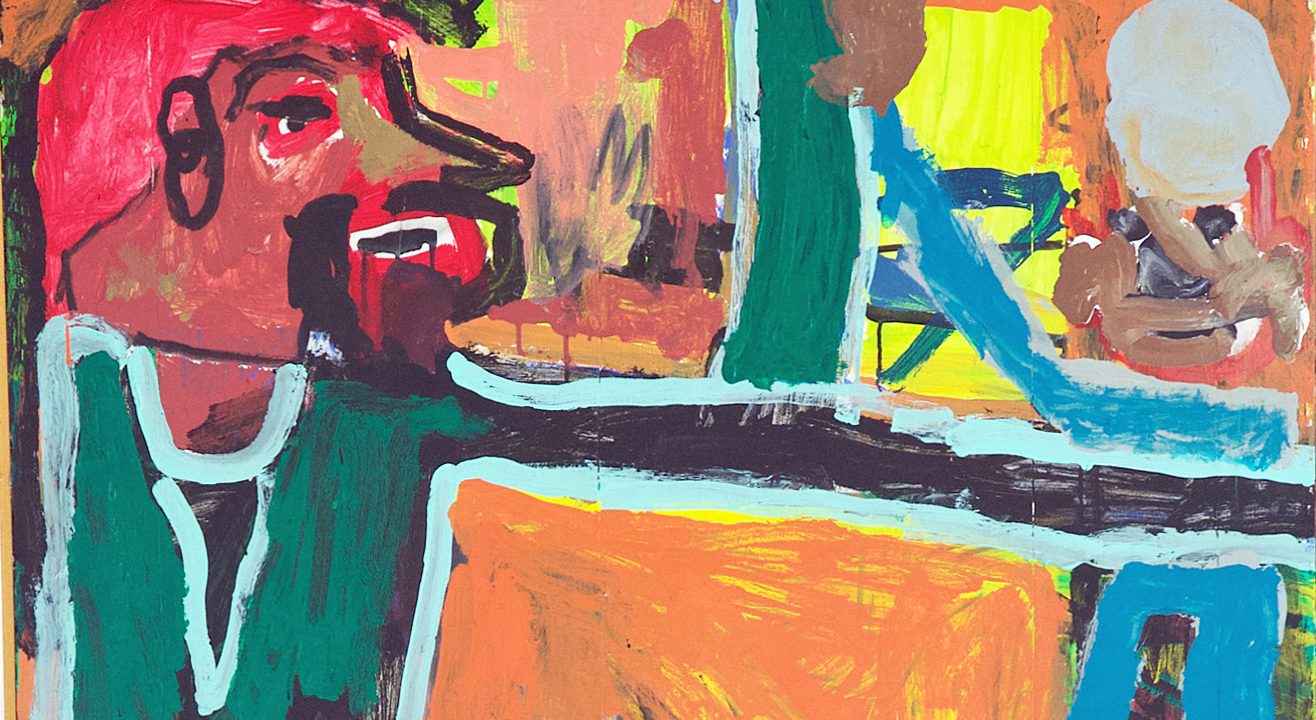 On view January 2-31, 2020 at Mule Gallery, 80 Fresno in San Francisco. Opening reception is a part of North Beach’s First Friday celebration on Friday, January 3 from 6-9 pm.

As a young boy, Billy White was hit by an automobile, an accident that that left him in a coma. After awaking, doctors and his family soon realized that he had traumatic brain injury and only limited mobility. Billy has mentioned numerous times feeling an affinity to Vincent van Gogh- He feels the Dutch artist’s unsuccessful romantic overtures and missing ear are similar to his own travails.

Billy White works intuitively with complete freedom from the pitfalls of self-doubt and second-guessing himself. There is no hesitation in his artistic practice; he is always “in the zone,” as they say. Images ranging from Hulk Hogan to portraits of Picasso are rendered with thick paint on canvas, with markers and graphite on paper, and more recently in three-dimensional ceramic works. White is adept at giving new life to sometimes forgotten gems of African American culture such as Sanford and Sons and Red Foxx, often intermixing these figurative narratives with characters from the art world, the Incredible Hulk and Fred Flintstone to create raw and extremely painterly mash-ups.

Billy White has been working at NIAD Art Center in Richmond, CA since 1994, and is represented exclusively by SHRINE in New York.