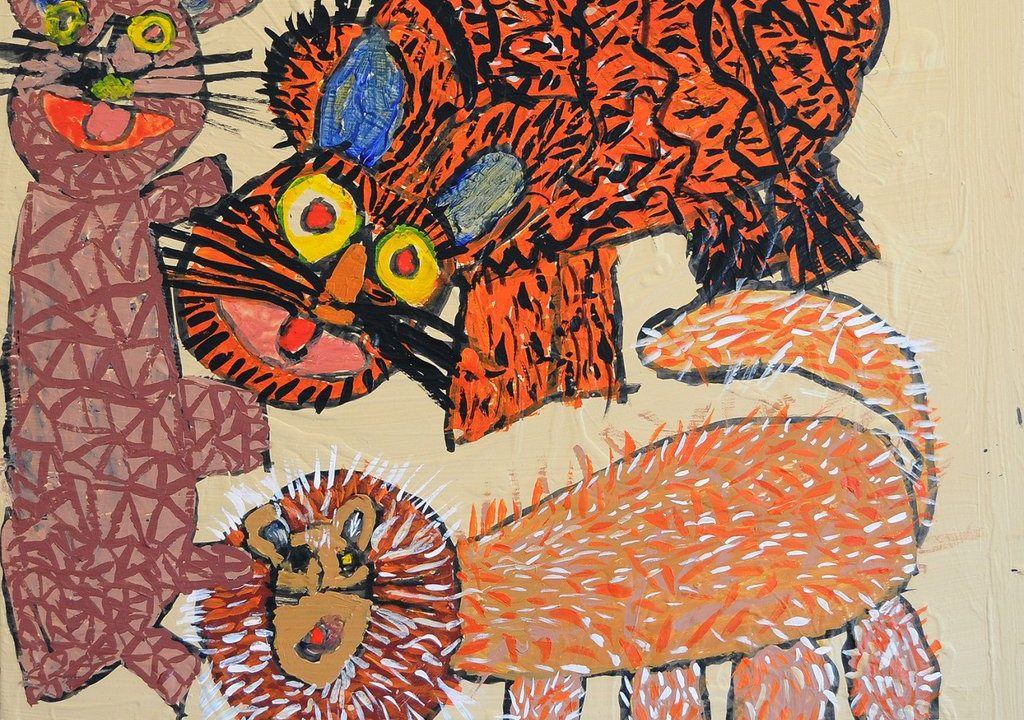 Born and raised in the Bay Area, Dorrie Reid was first introduced to art-making early on in school, primarily through drawing. Reid currently attends NIAD’s studio three days a week, where she has worked across a wide range of media over the past two decades. Recurring themes for Reid are significant seasons and times of year, as well as numerous iterations of the Black Panther slogan “All Power to the People,” realized as text-based prints, drawings, and elaborate quilts.

Working primarily from memory, her chosen subjects serve as initial guides for the art-making process, which seems to favor the exploration of materials and ideas surrounding a particular animal, rather than accurate representation. Occasionally she will use source imagery to mimic the coat markings of wildcats or distinctive horse stars and blazes.” (from Dorrie Reid in Disparate Minds)