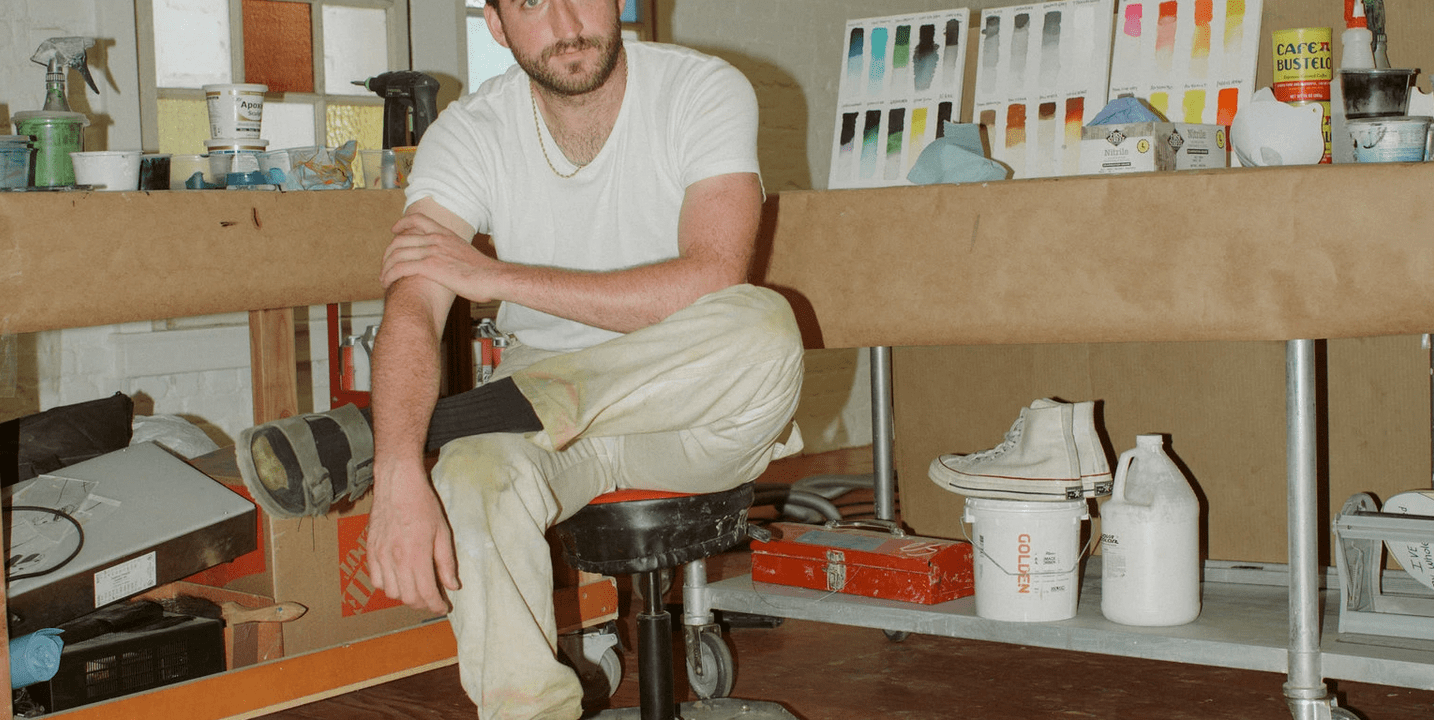 Calvin Marcus’ paintings were in the same bay of this year’s Whitney Biennial as Marlon Mullen’s work.

“In Los Angeles, daylight sifts into Calvin Marcus’s studio through panes of pastel-stained glass set in lancet windows. The San Francisco-born artist has lived and worked in this cavernous former synagogue turned Baptist church, constructed in 1928, since May. He found the property in 2016, by which time unknown years of neglect had led to severe structural damage. Nevertheless, “I had a vision for how it could be a great studio,” Marcus said recently, ahead of the opening of his current solo show, “Go Hang a Salami Im a Lasagna Hog,” at David Kordansky Gallery. During a painstaking three-year renovation, he transformed the building’s mezzanine level into a private living space for himself, his girlfriend and their two dogs (Bill, a giant schnauzer, and Francis, a small mutt), while the vast ground floor is now a studio with towering exposed wood-beam ceilings. There’s ample room for both dogs to blow off steam, and for Marcus, 31, to make the unexpected, often absurd paintings and mixed-media sculptures for which he’s known….